T.O.P’s Enlistment – Part Two – Why I’m Not Sad After All

Ok, so now that I’ve had some time to process, I’m still selfishly bummed when I consider that I won’t be getting any new music from T.O.P in the next few years, and I won’t be seeing any of his weird and interesting posts on Instagram.

But, after looking into Korea’s mandatory military enlistment program, I’m not actually sad that T.O.P had to enlist, shocking I know, and here’s why.

First and foremost, I want to add the disclaimer that I am not going to even pretend to understand and/or explain all of the details regarding their military enlistment program; I will touch on it and provide a brief description, but without additional research and a full dissertation, I do not want to claim that this opinion piece is 100% accurate. Additionally, I have never myself been a part of any military establishment, so I also cannot truly provide unbiased perspective. 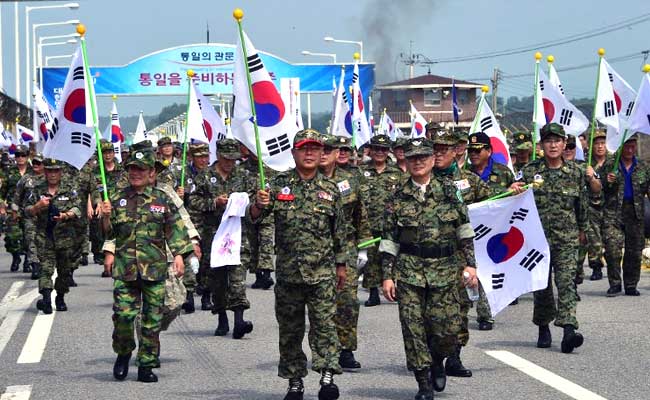 In South Korea, men aged 18 through 35 are required to serve in the military from anywhere between 21 and 36 months – essentially 2+ years depending on the branch of the military and/or their assignment. From what I understand, the men are able to choose when they’re going to serve (some opting to enlist right out of high school, others waiting until they’ve completed 2 years of college, and some waiting until they’ve completed college and started working). Typically, they try to be strategic about when they enter in order to have it be the least disruptive when it comes to their goals in life.

In terms of mandatory military service, South Korea has one of the longest service periods worldwide, only following Israel, Singapore and North Korea. Many South Koreans have been petitioning to shorten and/or cancel the mandatory service, however, after some very serious incidents in 2010 and even the most recent incidents of North Korean missile testing, I just don’t think it’s really feasible for them until some serious things change in the world. I mean with North Korea as your neighbor, and only a flimsy cease fire in place, I just don’t see how they could decrease their military, you know?

Ok, so, why am I not upset that T.O.P has to join the military? Well, I’ve read a lot about how their time in the military teaches them about respect, about how to be good men, good citizens and really, more than anything, helps them grow up and mature. Many men in Korea feel that if a guy hasn’t served, that he doesn’t need to be respected – which makes sense, considering almost everyone has to. So, I suppose for T.O.P’s benefit, I think it’ll be good for him in terms of his success in their country.

Outside of just the Korean culture piece, BigBang is on the Fortune Top 100 list – meaning they have no shortage of resources. T.O.P has revealed in previous interviews, that he spends over 90% of his earnings on art – so luxurious, such a privilege, so far from the reality of the rest of the world. Don’t get me wrong, I know I’m a white girl living in America, so I have way more than I need, but I think it’d be good for most celebrities if they had to spend 2 years living and working in some semblance of reality. I know he’ll receive some special treatment while serving, but he’ll be working next to average Koreans, and I feel like he’ll gain invaluable perspective from it.

This is kind of like how I feel like every American would do well to spend the first year or so out of high school or college working in the service industry. Once you’ve learned what it’s like to serve others, it really helps you be less of an asshole.

Long story long, I hope that after T.O.P’s service he has a greater respect for his position in society, and even if he already treated people well (I don’t know for sure), I hope he treats them even a little bit better because of his time in the military. I still ultimately hope for all Korean’s safety during the weird and crazy time we live in – come back safe, boys!